Moving in poco a poco

Of course I did move in eventually, but it took some time.  Bit by bit I carted sacks of clothes, pans and also my generator (not a joke) 300 meters across stoney uneven ground up to the new build.

Each haul was assigned a section that  was first rigorously cleaned with a cocktail of home made cleaners to remove the cement and grout left on the tiles by Carlos’s sloppy builders.  He did do an initial clean, but only after a protracted fight. “In Spain a clean final surface, that is an extra” he insisted.  I thought about that.  Surely that would mean anyone could do a lousy job?  In situations like these I liked to imagine myself as a little old lady (not something I relish at other times although think of the alternative).  What would she do?  Or more to the point, what could she do? 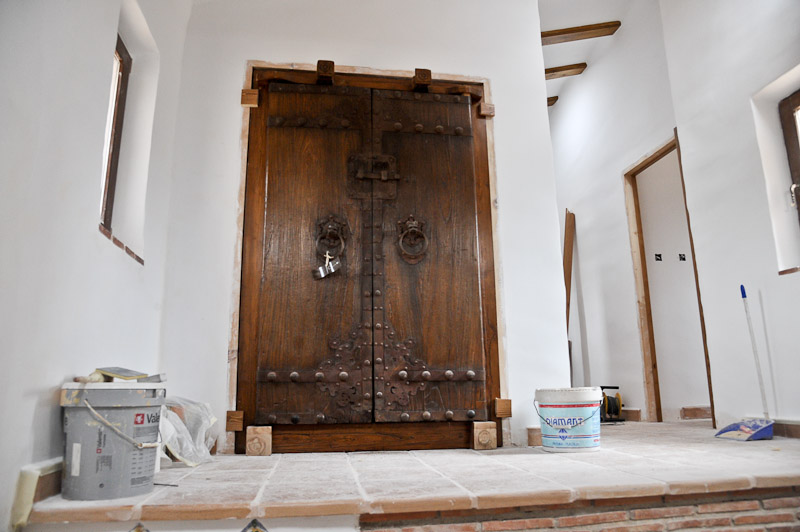 So I withheld payment and Carlos grudgingly did a clean. And then I set about the house on my knees to do mine.  I have learnt that there are two kinds in the construction business.  The builders’ clean that removes the mountains of detritus, fags and sardine cans (Spain), and then, the one that is totally and absolutely essential, the woman’s clean.  One is a sweep, with a random amount of cement remover, and the other is a sanitisation that in my case took eight months! That said,  I am very happy I did it, and did not accept the professional steam cleaning quote of 1200 euros (!),  because in this way while I became intimately familiar with the flaws of the build, I finally bonded irretrievably with Masia Lavanda. 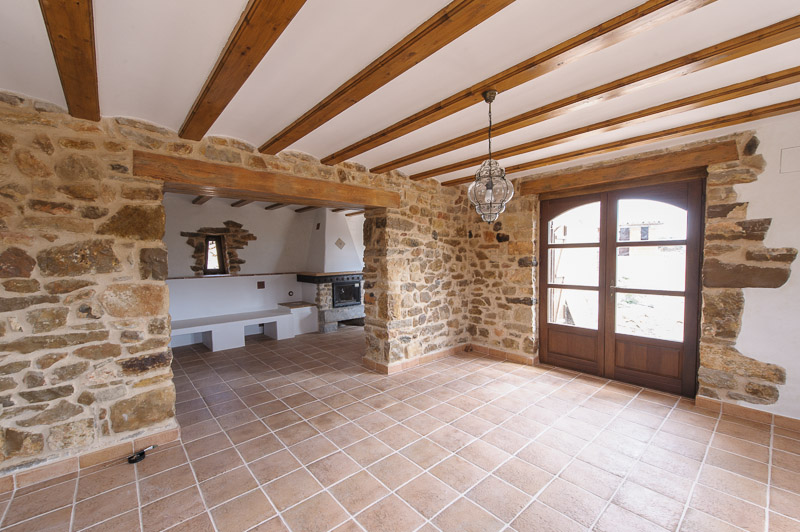 “It took me 8 months to clean the house properlyr”

But I was also getting embittered, if that is the right word, looking at what could have been done better.  And I was getting unbelievably stressed. I began suffering from alarming attacks of engorged dermatitis around my eyes.  The doctors were puzzled, and at one stage I was actually diagnosed with Lupus when a violent crimson swelling spread across my face, joining over my nose like two mutated butterfly wings. 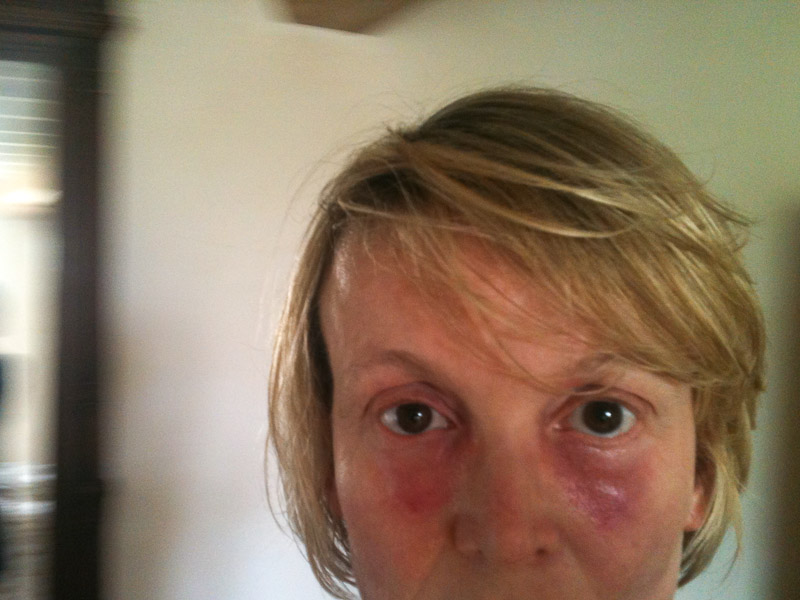 ‘My face puzzled the doctors”

But I think in the end it was just stress, mountain water full of builders’ rubble, and my homemade cleaners, a concoction of ammonia, hydrochloric acid, window spray and vinegar.  Not only was it very effective at removing the mountains of grime and lime scale, but evidently also at dissolving human skin.  My knees became raw, my hands cracked, and the house sparkled more and more, day by day. Even if my skin was a textbook case of chemical warfare, at least I got very fit and slim (have done my best to reverse that since).  Boot camp took on a new twist. 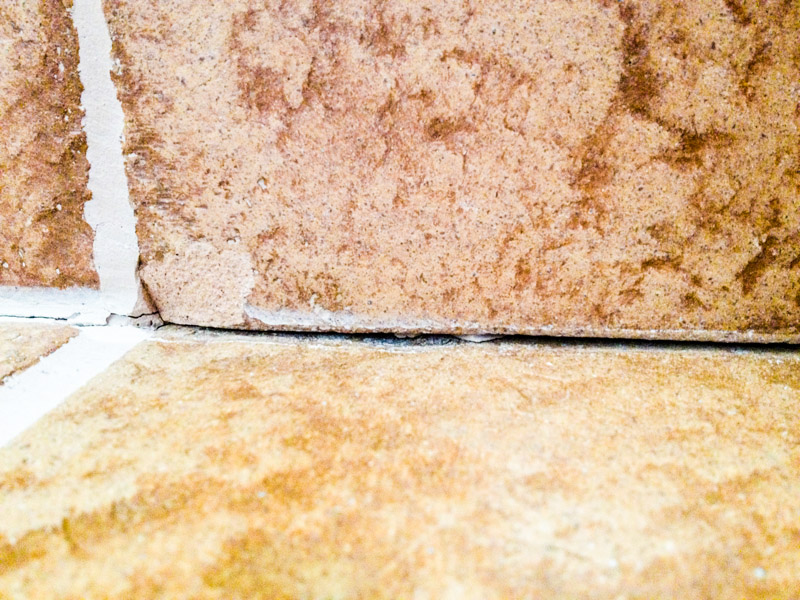 At night I collapsed in a heap back in the casita surrounded by the relative comforts of warm and cold dirty running water, a few low energy light bulbs, and music to accompany a blurring bottle of local white.  The blur helped distract me from contemplation of the masia’s defects.   Perhaps the most alarming were the spreading cracks between the terracotta skirting and floor.  It some cases it went through the tiles themselves, but in most it was restricted to the grout which simply fell out and left an unattractive gap between the two.  “It’s the under floor heating”, Carlos announced cheerfully, “Its normal; the floor moves, just leave it”.  But the architect did not agree.  “Let it settle for a year”, he told me, “ then have him re-do it with flexible grout.  You have a two year warranty from the time the final certificate for the house is stamped anyway”.

Yes, I thought, yes I do.  But try telling Carlos that. 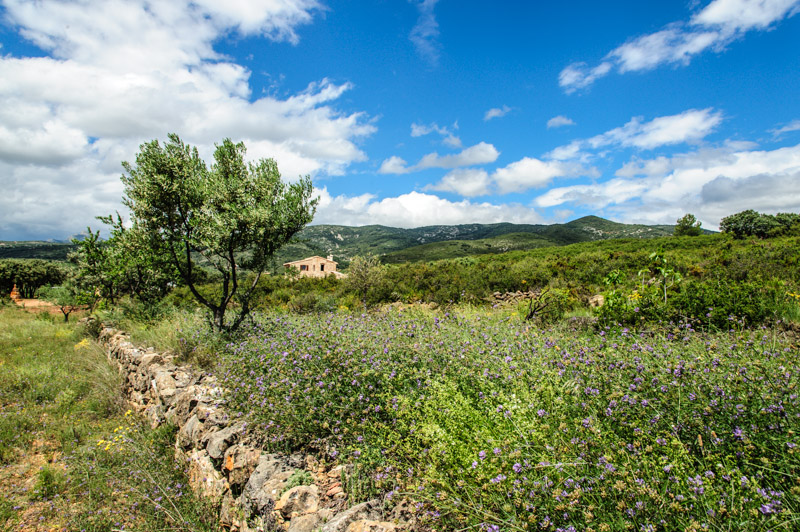 “The house seemed years away from my casita”